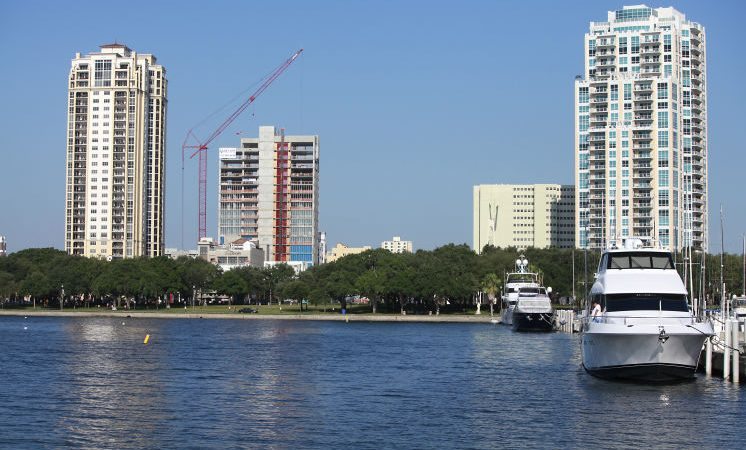 After a rocky start marred by lawsuits, neighbors’ complaints and an errant crane, the Bliss condo tower has hit its full height and is almost sold out. 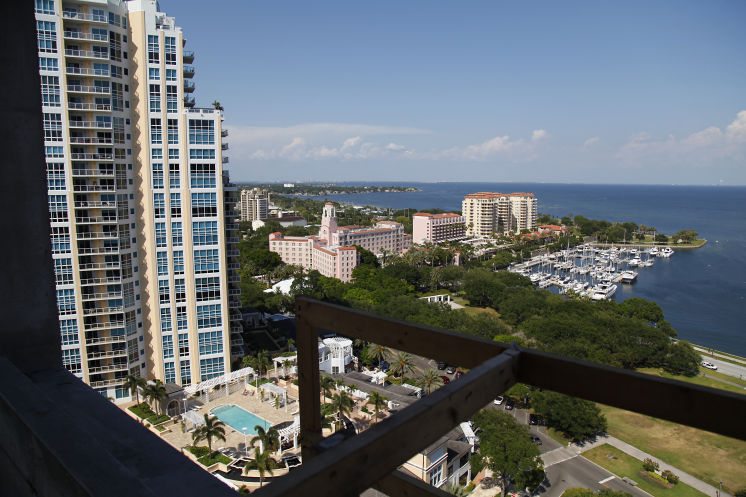 There’s just one unit left — the $2.9 million penthouse. Like the rest of the building at 176 Fourth Ave. NE just off Beach Drive, the two-story penthouse is still a shell of its future self. But its views will undoubtedly be spectacular.

Smith & Associates, handling sales and marketing for Bliss, invited reporters, photographers and Realtors to a hard-hat tour Thursday to drum up interest in the unsold penthouse. In groups of 10, guests rode orange construction elevators to the 18th floor and were met by developers Brian and Debbie Taub.

To the east, through what will be floor-to-ceiling windows, they showed off expansive views of the city’s waterfront and Tampa Bay. To the north, leafy green neighborhoods stretch for miles. And to the west, “I could see the pink of the Don CeSar,” Debbie Taub said, though on Thursday a slight haze rendered the venerable gulf front resort more of a ghostly white. 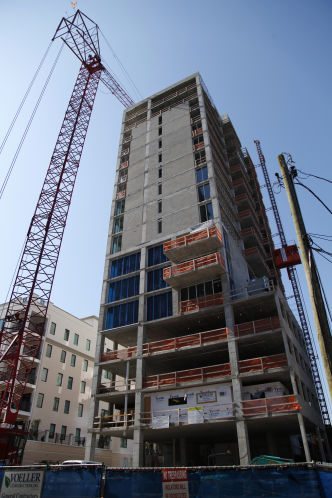 Bliss is the biggest project so far for the Taubs, who have also developed condos on Clearwater Beach’s Sand Key. The 4,300-square-foot penthouse will have four bedrooms, 41/2 bathrooms, a private elevator and a loft-style family room. Association fees will run $2,328 a month.

With the Bliss project on schedule and due to be finished by year’s end, there have been offers on the penthouse but no takers yet, Brian Taub said. The other 28 units have sold to a mix of local and out-of-state buyers, mostly from the Northeast.