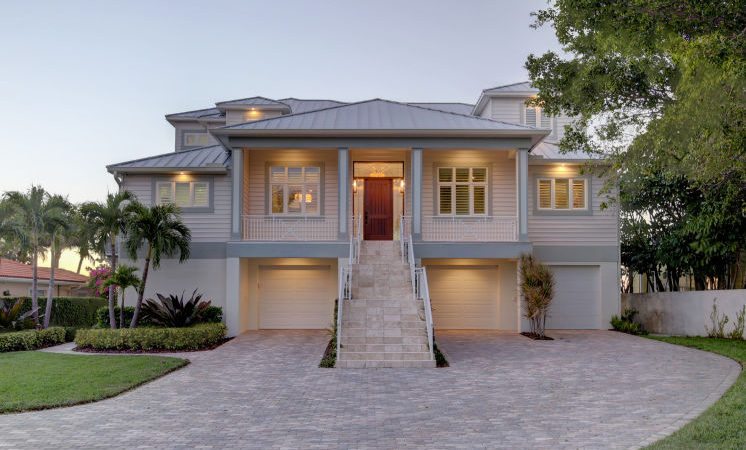 Tampa Bay home prices continue to soar, but the meager supply of available properties that continues to frustrate buyers may finally be starting to ease.

In February, the median price of a house jumped by double digits in all four bay area counties compared to the same month a year ago. Hernando led with an astounding 24.4 percent gain.

“I don’t think (prices) are sustainable at this particular rate but we certainly have influences in the market that are in a very positive direction,” Charles Richardson, senior regional vice president of Coldwell Banker, said Tuesday.

Richardson noted that the tight supply of homes is partly due to a dramatic drop in short sales and foreclosures — year over year sales of distressed properties plunged 47 percent in February. While the low inventory is driving up prices, the decline in distressed properties shows that housing continues a strong recovery that might encourage more people to list their homes.

“The distressed segment of the market is down to a very, very low percentage of the market and what that means is that the market is healthy,” Richardson said. “Right now, it’s probably the healthiest market we’ve had in the last 10 years.”

All bay area counties except Hillsborough had fewer closed sales in February than they did a year earlier.

The shortage of available homes comes at a time when Tampa Bay continues to draw thousands of newcomers. In Trulia’s list of the “Top 10 Cites People Are Moving To In 2017,” the bay area ranks fifth.

“What supports the Tampa Bay market is that it attracts both retirees and working families,” said Brad Hunter, chief economist for the online marketplace HomeAdvisor. “With strong demand coming from both those segments that will allow this market to continue to grow fairly rapidly.”

As values rise and more borrowers gain equity, Hunter predicts that more bay area residents will put their homes on the market and alleviate the current shortage.

One sign that might be happening: Demand among Tampa Bay residents for home improvements is far outpacing that for the nation as a whole.

Those are the kinds of improvements that “people often do when preparing to sell a home,” Hunter said.

In February, Pinellas had February’s priciest sale within Tampa Bay: $4.55 million for a three-year-old home in Belleair Shore on the Gulf of Mexico. It sold in just one day.

“The gulf-front market is stronger than it has ever been throughout Pinellas County,” said Martha Thorn, the listing agent. “The luxury market off the gulf front is per geographic area — St. Pete and Tampa are very strong, while mid-Pinellas, Belleair, Belleair Beach and Island Estates have a great deal of inventory over $2 million.”

In Hillsborough, the top price paid in February was $2.97 million for a 52-year-old home in Tampa’s Sunset Park. Listing agent Michael Palermo said the buyer is an orthopedic surgeon from North Carolina who already had ties to the bay area.

“A decision of whether to renovate or tear down and build new has not been made, but he seems to be leaning towards the latter,” Palermo said. “The biggest draws for most suitors of this property were the open-bay views and the 190-plus feet of waterfront.”

While Pasco is seeing a price boom partly because of big new custom homes in Trinity and Wesley Chapel, the Port Richey area remains off the radar for most luxury buyers.

Realtor Michael Constantine said he had to market online internationally to find buyers for a gulf-front home that sold for $900,000 in February, Pasco’s priciest transaction of the month.

Via the Internet, “they contacted me to schedule multiple showings,” he said of the self-employed business owners from New York who live part of the year in Europe. “Million-dollar waterfront homes in Pasco County are more challenging to sell than in Pinellas (because) they are truly only waterfront and there is a lack of large beach area close by.”

In Hernando, the top price paid for a home in February was $680,000 for a 1,972-square-foot small home on 84 acres in Brooksville. The property was also marketed for possible development as a gated community with “very luxurious estates.”

Nationally, sales of existing homes fell 3.7 percent in February compared to January, when sales got off to their fastest start in a decade. But over the past 12 months, sales are up solidly, according to the National Association of Realtors.