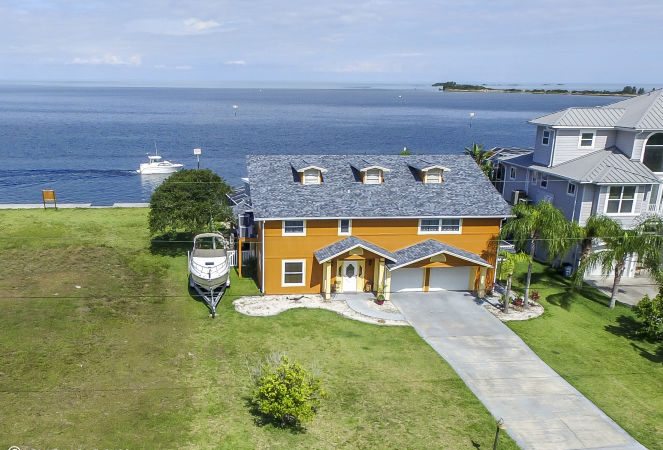 Sales of Tampa Bay homes dropped in April but prices jumped yet again as Florida’s real estate market continued to be defined by tight supply and high demand.

Compared to the same month last, the median price for a single family home rose 12.5 percent here, the most of any major metro area in the state.

But despite Tampa Bay recording its most expensive residential sale ever — $11.18 million for Clearwater’s fabled Century Oaks estate — there were signs that the pace of price increases may be slowing just a bit for single-family homes.

In Hillsborough, Pasco and Hernando counties, year-over-year median prices in April rose less than they had in February and March. Pasco’s price gain was the lowest in a year, though still a healthy 10 percent.

Buyers shouldn’t get too excited, though.

“I think that was probably a momentary blip,” said Jeff Shelton, a Coldwell Banker agent in Tampa. “The Tampa Bay market is still one of the top real estate markets in the country.”

It’s becoming a familiar problem: too many buyers chasing too few homes. All four bay area counties had a tighter inventory of available houses in April than they did a year earlier — and April 2016 also was a tight month.

“I personally have had to start knocking on doors,” said Shelton, who with partner Mike Hughes is among Hillsborough’s top-selling agents. “When I have a client who asks me about a particular property, I can go directly and ask if the (owner) is interested in selling.”

The Tampa Bay figures reflected the state and national trends in April, with prices up and the number of closed sales down.

“Realtors continue to voice the frustration their clients are experiencing because of the insufficient number of homes for sale,” said Lawrence Yun, chief economist of the National Association of Realtors. “Homes in the lower- and mid-market price range are hard to find in most markets, and when one is listed for sale, interest is immediate and multiple offers are nudging the eventual sales prices higher.”

Showing the exceedingly tight supply, there were no closed sales at all in April in more than 25 Hillsborough ZIP Code areas or in more than dozen Pinellas ZIPS.

No other sale in the Tampa Bay area came close to the $11.18 million purchase on April 4 of Century Oaks, the 10-bedroom estate with guesthouse overlooking Clearwater Harbor.

The deed has yet to be recorded — property appraiser records still show the owner as powerboat champion Hugh Fuller — but Mystery Key LLC took out a $14 million mortgage on April 5. The company’s managers are Blaise Carroz, whom Bloomberg described as a French-born, Dubai-based real estate developer, and Marata Carroz Tapsoba.

In Hillsborough, April’s priciest sale was $2.6 million for a five-bedroom, four- bath home on Tampa’s Harbour Island. Pasco’s top- seller was a newly built home in the Champions Club area of Trinity. And in Hernando, a buyer paid $470,00 for a 3,000-square-foot home in Hernando Beach that looks out on the Gulf of Mexico.

Hernando was the only bay area county in which more sales closed in April than did a year earlier — a hefty increase of nearly 30 percent.

And nationally, stubbornly low supply levels held down home sales and also pushed the median number of days a home was on the market to a new low of 29 days. The median existing-home price in April was $244,800, up 6 percent from the same month a year earlier.