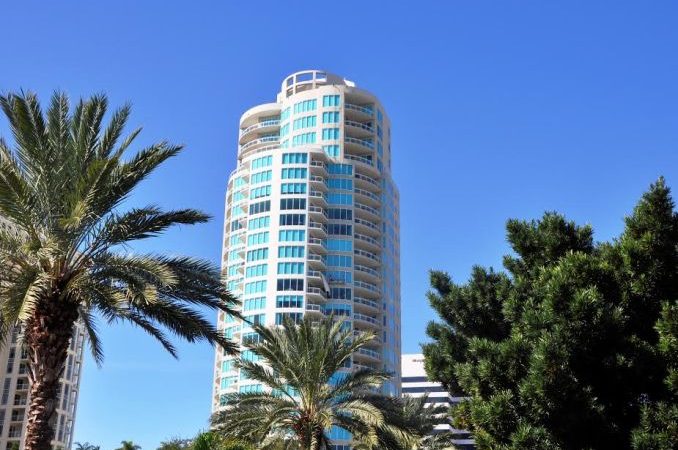 You might not be a millionaire, but chances are greater now that you live in a million-dollar Tampa Bay neighborhood.

In the past year, the region has gained two more ZIP code areas — downtown St. Petersburg’s 33701 and South Tampa’s 33609 — in which at least 10 percent of the homes are worth $1 million or more, Zillow says.

That brings the total of Tampa Bay high-end ZIPS to six and marks a bigger one-year gain than in many other metro areas including Atlanta, Houston, Denver, Phoenix, Charlotte, Las Vegas, Chicago and Orlando.

“If we look at where home values are growing fastest, Tampa (Bay) is still up there in the double digits, 10 percent year over year, which is incredibly strong,” Sylar Olsen, senior Zillow economist, said Thursday. “It’s good for homeowners but tough for people trying to buy a home.”

The addition of St. Petersburg’s 33701 to the million-dollar ZIP list reflects the huge demand for luxury condos along Beach Drive with its waterfront views and wealth of restaurants. In the past 12 months, 62 condos have sold for more than $1 million and 24 more are on the market at prices up to nearly $4 million.

“This is really an area where people want to be,” said Realtor Geert Benoot, who himself owns a condo just off Beach Drive. “There is not so much difference now between high season and low season — the low season is now higher than the high season a couple of years ago. Normally this would be the time where we could reassess our business or look at the market but we just don’t have time. It’s just unbelievable.” 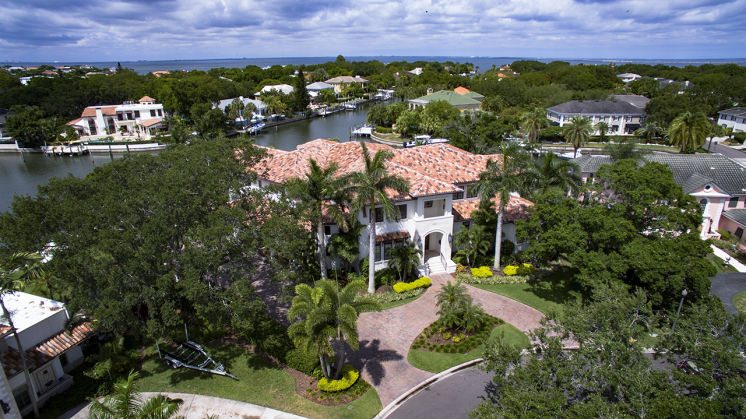 Moreover, “it’s a convenient location,” Realtor Michael Hughes said. “It’s got one of the best airports in the country within five minutes. Beach Park also has the only gated community (in South Tampa) other than Harbour Island.”

A third Tampa ZIP, 33606, has been on the million-dollar list for several years. Included in that are parts of Bayshore Boulevard and all of Davis Islands, home to former New York Yankees great Derek Jeter and his 30,000-square-foot bayfront mansion assessed at nearly $12 million.

The bay area’s other two million-dollar ZIPs are both in Pinellas County: 33767, which covers Clearwater Beach, and 33786, Belleair Shore and Belleair Beach.

Realtor Martha Thorn said that sales of $1-million-plus homes in Belleair Shore, which has a rare private beach, slowed for a time but have picked up dramatically in the last three months.

“I think we were one of few areas that kept our prices high (during the slump) and did not come down,” she said. “We did not have a lot of foreclosures or people who had to sell so people stayed steady with their prices. Now that the inventory is shrinking, sellers have finally gotten what they wanted.”

Nationwide, nearly one in 20 residential ZIP Code areas has 10 percent or more homes worth at least seven figures. The wealthiest are the New York/northern New Jersey area with 254 million-dollar ZIPs and Los Angeles with 146.

Although just six of Tampa Bay’s 137 ZIPs make the million-dollar list, sale prices have soared in the past few years. In June, the median price of a single family home — $229,000 — was 9 percent higher than in the same month a year earlier.

“As home values reach new peaks, $1 million homes are increasingly common, even in neighborhoods once considered middle class,” said Svenja Gudell, Zillow’s chief economist. “It’s going to have real impacts on affordability for middle-class homeowners whose incomes haven’t kept up, and this imbalance especially has implications for people on fixed incomes whose property taxes are rising along with their home value.”