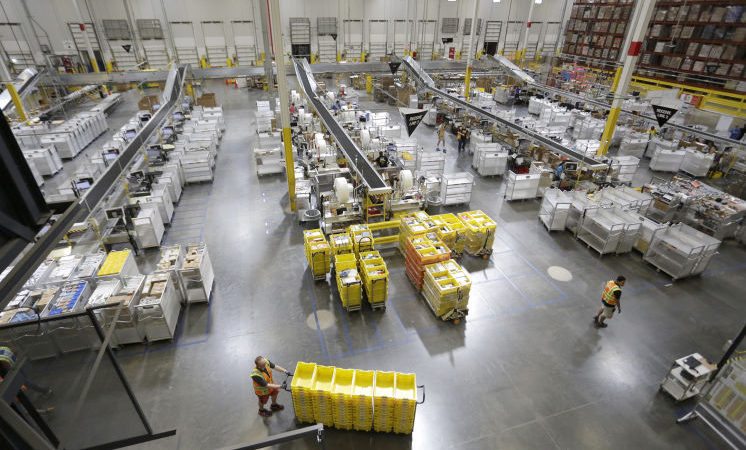 Warehouses lack the glamour of luxury homes, but they are helping make the Tampa Bay area one of the nation’s hottest emerging industrial markets.

The bay area vaulted from No. 28 to No. 10 last year in net leasing of distribution and light industrial space, according to a new report by Colliers International. Overall vacancy rates dropped to 6.3 percent despite more than 4.4 million square feet of new construction in 2016.

The bay area’s location on the busy Interstate 4 corridor “has positive implications for distributors and manufacturers,” said Ryan Kratz, Colliers regional president. “They say that if you can sell it or source it in Tampa Bay, you can send it by plane, train or truck anywhere on the planet. As a result, Tampa Bay is increasingly becoming the point of departure or arrival for goods and materials.”

Among the bay area’s key strengths are a growing population that increasingly shops online. That trend is reflected in Amazon opening multi-million-square foot distribution centers in Ruskin and Lakeland.

Other major industrial space includes CSX’s 218-acre terminal in Winter Haven that can process 300,000 containers a year. The surrounding 930 acres can potentially be developed into nearly 8 million square feet of distribution and light industrial facilities.

“The strong demand in the Tampa Bay market is showcased in net absorption, which finished the third quarter of 2016 at 4.6 million square feet year to date, the 10th highest level in the country,” Colliers said. Net absorption is the change in occupied space during a given time period.

Bay area industrial rents, which finished the year at $5.06 per square foot, are expected to grow in 2017 as vacancies decline and prime Class A space is completed.