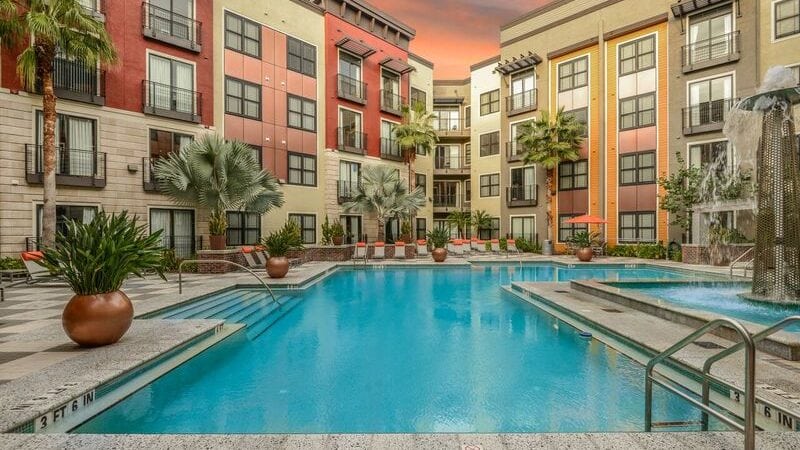 Fusion 1560, a 325-unit complex that was in the vanguard of St. Petersburg’s apartment boom, has sold for $81.1 million to a giant Chicago firm that manages Tampa’s International Plaza.

The price is nearly $25 million more than Fusion sold for three years ago, a sign of the rebirth of the city’s once seedy Edge District. And at nearly $250,000 per unit, it is among Tampa Bay’s biggest apartment deals ever.

Fusion opened in 2011 near Tropicana Field when the bay area was still struggling to recover from the 2008 financial crash. Most of its ground-floor retail space remained vacant for several years. But with downtown’s boom spreading west along Central Avenue, Fusion now houses an art gallery, pub, salon and other businesses.

The success of Fusion led to construction of the 326-unit Beacon 430, the 348-unit Hermitage and 358-unit Camden Pier District, all of which have opened downtown in the last three years. Currently underway a few blocks east of Fusion are ICON St. Petersburg, a 15-story, 368-unit building, and 930 Central Flats with 218 apartments.

Despite the explosive amount of apartment construction, Kattan doesn’t think the city is getting overbuilt.

“There may be some short- term challenges,” he said, “but St. Petersburg is undergoing a transformation and is becoming a 24-hour city.” That will attract more renters, especially given the shortage of affordable single-family homes, he said.

The Fusion’s new owner is TH Real Estate, one of the world’s largest real estate investment managers. Its $115 billion in assets under management in the United States, Europe and Asia include International Plaza, Tampa’s high-end shopping complex, and the 301 Business Center, a 863,000-square-foot industrial development planned for East Tampa.