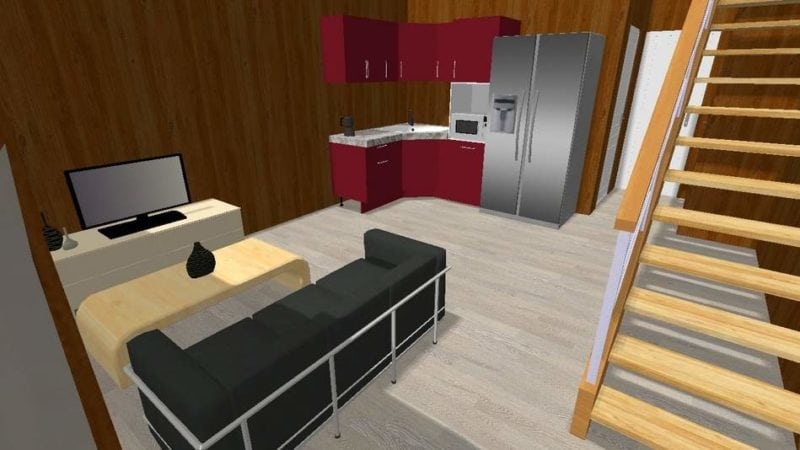 Pedro Medina, manager of the project, said he hopes to start construction this fall on six houses in the city’s Midtown area. Initially, they wouldn’t be for sale but instead would be rentals, possibly through Airbnb.

“This tiny-house movement has been very popular,’’ Medina told the commissioners. “I was very passionate about it and this is a good time to get started.’’

Each house would have 722 square feet of living space, including two bedrooms, and a porch with an additional 94 square feet. Although each would have the same floor plan, the houses would be painted in different colors with different trim.

The only opposition came from Jalessa Blackshear, who said she owns property near the houses proposed for two lots at 1253 22nd Avenue S.

Blackshear questioned whether the homes would truly be “tiny houses,’’ which she said are generally defined as those of 350 square feet or less. She also asked Medina to explain his previously published statements that he thought the project would appeal to millennials.

“Is it just for millennials and outsiders?’’ she asked, expressing concern that the houses, if sold, would go for relatively high prices and raise property taxes for people already in the area “who are just hanging on.’’

Medina responded that the neighbors he had spoken to were “all very happy’’ that the houses would replace a 1920s-era apartment building that has been condemned and is slated for demolition.

The city’s planning and zoning development staff recommended approval of the project, which is in a blighted area targeted for new construction and affordable housing.

The six-unit building, owned by real estate investor Ashok Shah, is in a neighborhood of single-family homes but was grandfathered in. Technically, the review commission approved reconstruction of the six units but as detached houses rather than as multi-family units. Since the commission voted yes and no appeal to the City Council is expected, Medina and Shah will only have to deal with city staffers from now on.

In response to a question by Commissioner Chuck Flynt, Medina said the houses, if ever sold, would probably be marketed as condominiums. Buyers would own the houses but share responsibility for maintaining the parking lot and other common areas.

“In the spirit of the tiny-house movement, I think that should be divided among all neighbors,’’ Medina said.

Commissioner John Barie, an architect, also had some suggestions that he said would make the houses look more attractive than the renderings.

But, he added, “I’m all in favor of tiny houses. I think the plan is generally right.’’