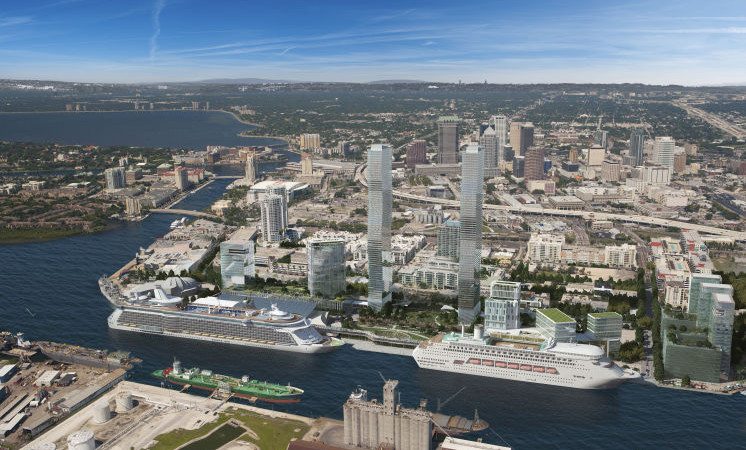 If nothing else, Port Tampa Bay’s vision for the Channel District is notable for its literally lofty ambition.

A rendering of the $1.5 billion project released last week shows two 75-story towers soaring above the waterfront area that the port hopes to redevelop over 15 years.

Towers that tall would vault Tampa into the ranks of such sky-scraping cities as Dubai, Hong Kong and Kuala Lumpur.

Towers that tall would have more floors than half of the world’s 100 tallest buildings.

Towers that tall would have as many floors as Manhattan’s second tallest residential tower, One57, where a condo sold in January for $100 million — 15 times more than any condo has ever brought in the Tampa Bay area.