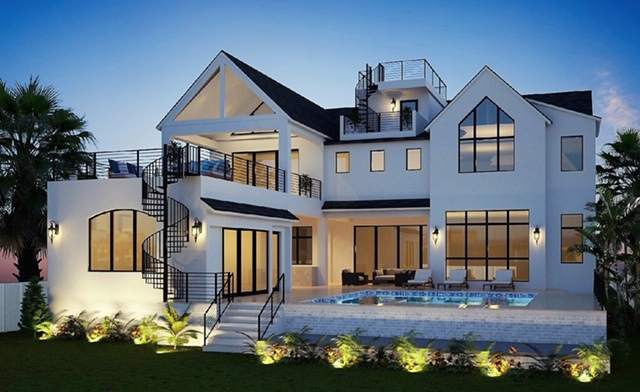 Sales of single family homes in Pinellas County dropped in March for the fourth consecutive month while sales rose by varying amounts in Hillsborough, Pasco and Hernando.

Overall, the bay area market is clearly less buoyant than it was a few years ago, according to figures released Monday by Florida Realtors.

Houses are taking longer to sell even though the supply remains tight. Sellers are getting a slightly lower percentage of their asking price than they did at the same time a year ago.

“I just think there is enough talk about what’s happening countrywide about things cooling off and maybe there’ll be a recession so people are taking that to heart,” said Ann Rogers, a broker associate in St. Petersburg. “Also, nobody wants to buy at the top of the market: They don’t want to be the last one to pay the most per square foot. There’s a little of that going on.”

In Pinellas, sales of single family homes — which make up by far the largest share of the residential market — dropped 7.4 percent in March compared to the same month a year earlier. Prices rose 6 percent to a median of $265,000, a respectable increase but less than half of the gains recorded last fall.

Rogers notes that many of the houses being put up for sale by down-sizing retirees need far more work than most buyers are wiling to put in.

“It’s stuff that’s needed to be done for a long time like air conditioning and things you can’t see,” she said. “Buyers don’t want to pay that much for un-fun stuff.”

The drop in Pinellas sales reflected those state- and nationwide, as buyers bought considerably fewer homes in March than they did in the same month a year earlier.

“Current sales activity is underperforming in relation to the strength in the jobs markets,” said Lawrence Yun, chief economist for the National Association of Realtors. “The impact of lower mortgage rates has not yet been fully realized.”

After rising last fall, the average rate for a 30-year, fixed-rate mortgage has dipped to 4.27 percent.

Here’s how single-family home sales fared in March in other Tampa Bay counties:

Tampa Bay’s top transaction in March was $4.7 million for a gulf-front house in Belleair Shore that sold at full asking price after just four days on the market. Built in 1973, the two-story home has four bedrooms, five bathrooms and patios on both levels extending the entire length of the house.

On Tampa’s Davis Islands, a buyer paid $4.345 million for a six-bedroom, seven-bath house with roof-top terrace that is being built on a deep water canal. The price is the highest so far this year in Hillsborough and “further demonstrates the desirability of our city with luxury buyers,” said agent Jeff Hughes of the real estate team Hughes Shelton. Construction is due to start soon on another custom house on the adjacent lot, he said.

In Wesley Chapel, a brand new home sold for $960,000, making it Pasco’s top sale in March, while in Hernando the most expensive sale was $655,000 for a three-story home in Hernando Beach with direct gulf access.

Statewide, sales dropped 6.2 percent year over year as prices rose 4.1 percent to a median of $249,900. The once booming Villages area in Central Florida — home to more than 100,000 retirees — again showed eye-popping declines with sales down 20.5 percent and prices down 22.3 percent.

Nationally, sales of existing homes — condos and townhouses as well as single family — dropped 5.4 percent. Prices rose 3.8 percent to a median of $249,800 for the 85th straight month of year-over-year gains.