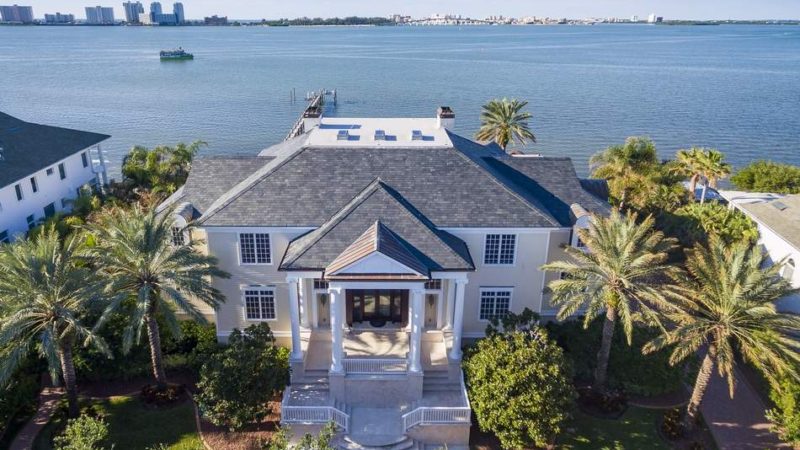 Home prices in the Tampa Bay area shot up again in February as Pasco led the way with its biggest increase in a year.

And once again, the price jumps were due to the scant supply of moderately priced homes.

“We’ve got to see more (homeowners) who are interested in participating in the market coming online because we have buyers but not enough sellers,” Charles Richardson, regional vice president of Coldwell Banker, said today. “Everyone I talk to in the field as far as sales associates tell me they have buyers for the $100,000 to $400,000 price range but not enough supply.”

But the number of sales dropped in Pinellas and Hillsborough as the supply of affordable homes in the area’s two biggest counties remained tight.

Richardson said one reason for the scant inventory is that Blackstone and other big institutional investors bought thousands of Tampa Bay houses during the foreclosure crisis and have been renting them out ever since. That means thousands of houses not available for sale.

“What was the price range of the properties they bought? It was in the $100,000 to $300,000 range and they are still sitting on that supply,” he said. “It could change when they decide it’s time to bring those back into the market on a resale basis and I anticipate that to happen at some point in the not too distant future.”

In the meantime, Richardson says, there’s a “great opportunity” for individual homeowners with properties worth up to $400,000.

As interest rates start to rise, “now is the right time to sell,” he said. “Homeowners who are sitting on the sidelines waiting on the market are doing themselves a disservice.”

The top price paid for a bay area home in February was $4.35 million for a five-bedroom, eight-bath house in Belleair. Located on Belleview Island, an exclusive enclave of just 31 homes sites, the house sits on two lots overlooking Clearwater Harbor and the Clearwater skyline. Reclaimed Australian pine flooring was among the materials used in an extensive renovation of the 28-year-old house, listing agent Rafal Wazio said.

Another notable sale of the month: A penthouse encompassing the entire top floor of a tower at the Vinoy Place condos in downtown St. Petersburg. It sold for $4 million, the most ever paid for a Vinoy condo.

Hillsborough’s priciest transaction in February was a six-bedroom, five-bath house on Tampa’s Davis Islands that went for $2.9 million, just $50,000 less than its asking price.

In Pasco, an estate on 46 acres in Dade City sold for $1.3 million while a buyer in Hernando paid $710,000 for a newly built house in Brooksville.

Nationally, sales of existing homes — condos and townhomes as well as houses — increased 5.4 percent from a year ago as the median price climbed to $241,700, a nearly 6 percent jump.

“Low supply in the affordable price range continues to be the pest that’s pushing up price growth and pressuring the budgets of prospective buyers,” said Lawrence Yun, chief economist of the National Association of Realtors. “Newly listed properties are being snatched up quickly so far this year and leaving behind minimal choices for buyers trying to reach the market.”