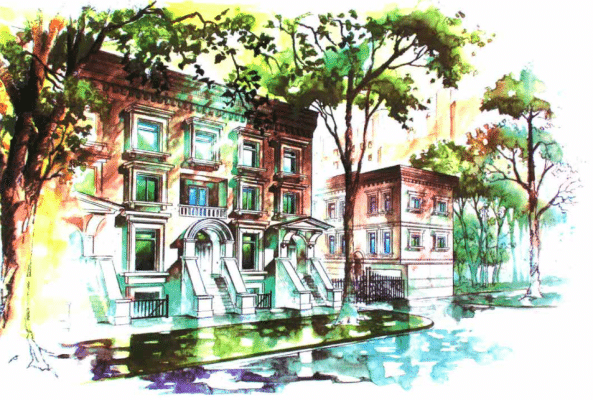 Five high-end, New York-style brownstones are now planned for the downtown St. Petersburg site where a 16-story luxury condo tower once was proposed.

Frank Menna, who owns the vacant lot on First Street N and Fourth Avenue, said Wednesday that the new project is a joint venture with hotel and restaurant owner Steve Gianfilippo.

“I had the high-rise thing going there and we had so many problems with this and that,” Menna said. “I love downtown and hate giving up that property but this is going to be beautiful.”

The Brownstones, as the project is called, will have a row of five 4,000-square-foot homes with roof decks and space below for doctor or lawyer offices, Menna said. Each brownstone will have an elevator and garage.

Preconstruction prices are expected to range from $1.3 million to $1.8 million.

The site, which had been for sale for just under $2 million, is two blocks off Beach Drive with its many shops and restaurants.