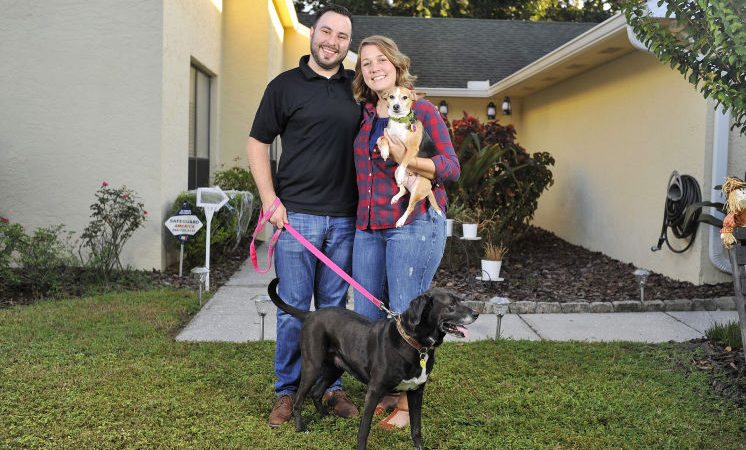 When Michael Berry first moved into Tampa’s Madison at Soho condos, he liked being smack in the midst of the lively bar and restaurant scene on South Howard Avenue.

“We’ve had our fun here, but it’s a little loud, a lot of college students,” Berry says. “We’re slowly growing out of that.”

So Berry and Kais are starting to look for a house, one with room for their dog, Pickles, and Berry’s 19-foot boat. In doing so, they are joining thousands of others in their generation in a quest that could revolutionize America’s residential real estate business.

For decades, baby boomers — those born in the prosperous years after World War II — have made up not only the nation’s biggest population group but also the bulk of its home buyers. But they are being supplanted, both in sheer numbers and in the hunger for home ownership, by millennials between 18 and 34.

In a realtor.com survey of Americans who expect to buy a home in 2017, more than half were first-time buyers. And most of those were millennials.

“What we found is a true sea change in the buying population that will affect which homes and neighborhoods are the most desirable in 2017,” the company said.

As millennials get older and think about starting families, they want the same things that baby boomers traditionally have sought — more space, safe neighborhoods, good school districts. Half of millennial buyers want to live in the suburbs, the same percentage as baby boomers, and both groups prefer single-family homes to townhouses and condos.

Millennials, though, can be pickier than baby boomers.

“A lot of time their sense of expectations tends to be a little above their income level,” says Rick Deaton, a ReMax agent in Wesley Chapel. “They have the budget for a Ford Escort and their eyes on the BMW 5 series.”

Though some millennials are too burdened by student loans or other debts to afford a house, others will enter a market that in many ways is good for buyers, especially first-time buyers. Interests rates are historically low and FHA loans require only 3.5 percent down.

Plus, “more and more programs are available on the financial side — that allows them to get into housing,” says Charles Richardson, senior regional vice president for Coldwell Banker.