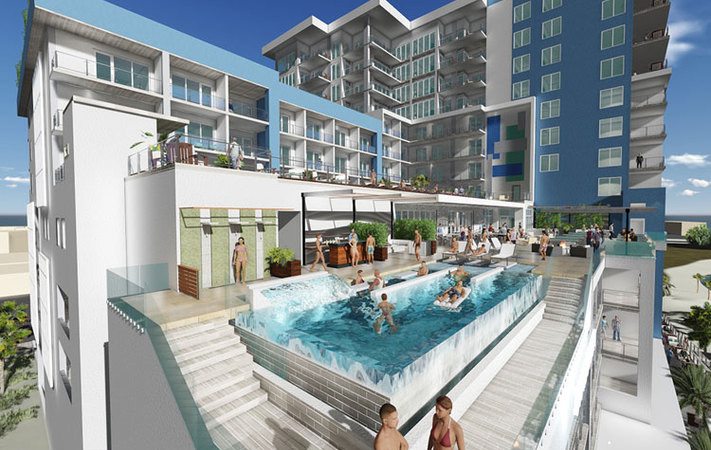 Is a condo hotel under the JW Marriott name — one of the world’s top luxury hotel brands — going up on Clearwater Beach?

On a visit to the Tampa Bay area last month, Marriott International chairman J.W. “Bill” Marriott Jr. told the Tampa Bay Times that he had reviewed plans for such a hotel in Clearwater. And now, a developer says he has been in close contact with the company about building a 202-room, gulf-view hotel on the site of what is now the Wyndham Garden Clearwater Beach.

The Wyndham’s owner, Uday Lele, discussed his plans this week following speculation about where a JW Marriott would go and who would build it. Lele said he and architect Oscar Benavides met with the 83-year-old Marriott in January for what was supposed to be a five-minute meeting but ran for nearly half an hour.

After looking at the plans, Lele recalled, “(Marriott) said, ‘Thank you for trusting us with your property.'” Added the developer: “This is an American icon — I was so humbled to meet up with him.'”