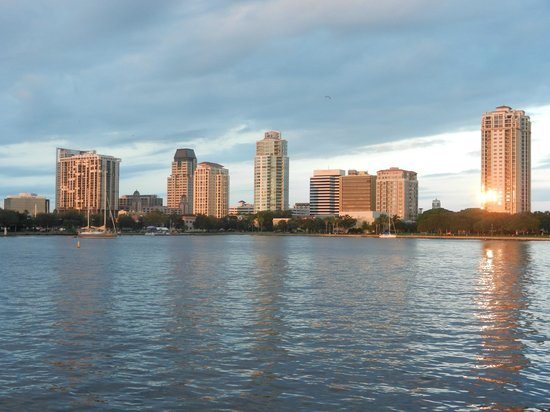 Tampa Bay dodged a bullet. As late as 11am on Sunday morning, the National Hurricane Center projected a monster Category 4 hurricane, the largest in modern history, passing directly over the shallow estuary of Tampa Bay, and bringing with it up to 12 feet of storm surge. With 700 miles of shoreline and an average depth of only 12 feet, Tampa Bay acts more like a shallow saucer than a giant bowl for incoming storm surge, collecting water with nowhere else to go and forcing it up over seawalls and into thousands of homes.

CoreLogic, a Boston-based firm that assesses property risks worldwide, has deduced that a Category 4 storm slamming into Tampa Bay would damage or completely destroy over 450,000 homes, causing over $175 billion in losses. This places the Tampa Bay region as one of the top 10 most at-risk areas on the globe (a distinction shared with places like New Orleans, Louisiana and Dhaka, Bangladesh). Couple this with a recent, greater-than-expected rise in sea level (Tampa Bay has averaged 1” per decade until the late 1990’s, when 2” per decade became the new norm), and neighborhoods like Shore Acres and Snell Isle are fast becoming the front lines for a new war with Mother Nature.

Despite these facts, the Tampa Bay real estate market remains on fire. Prices are at or above their 2007 highs in almost every zip code, and with a critically low inventory of homes for sale at every price bracket, many buyers are enthusiastically, sometimes out of desperation, paying top dollar to live in flood hazard zones.

Shore Acres, a relatively affordable neighborhood given its many miles of protected waterfront and proximity to downtown St. Pete and the 4th Street corridor, has seen some of the greatest price jumps in the past two years, where block homes mostly built in the 1950’s have fetched triple digit price growth since 2013. Homes that used to sell for $75,000 are now being fixed up and flipped for prices in the $300,000’s. There’s only one problem: most of those homes are slab on grade, which means the base elevation of the home is only a few inches to a few feet above street level. And street level is on average, 4.5’. Shore Acres is the lowest-lying neighborhood in St. Petersburg, and already sees sunny day flooding about 70 times a year (this is when a high tide, not heavy rain, forces water trapped in sewers to back up into and flood roads and yards). Higher prices means higher claims should “the big one” come, but what happens in 2050 when the bay is another 6”-2’ higher than today, and those 70 days of sunny day flooding become 365 days? 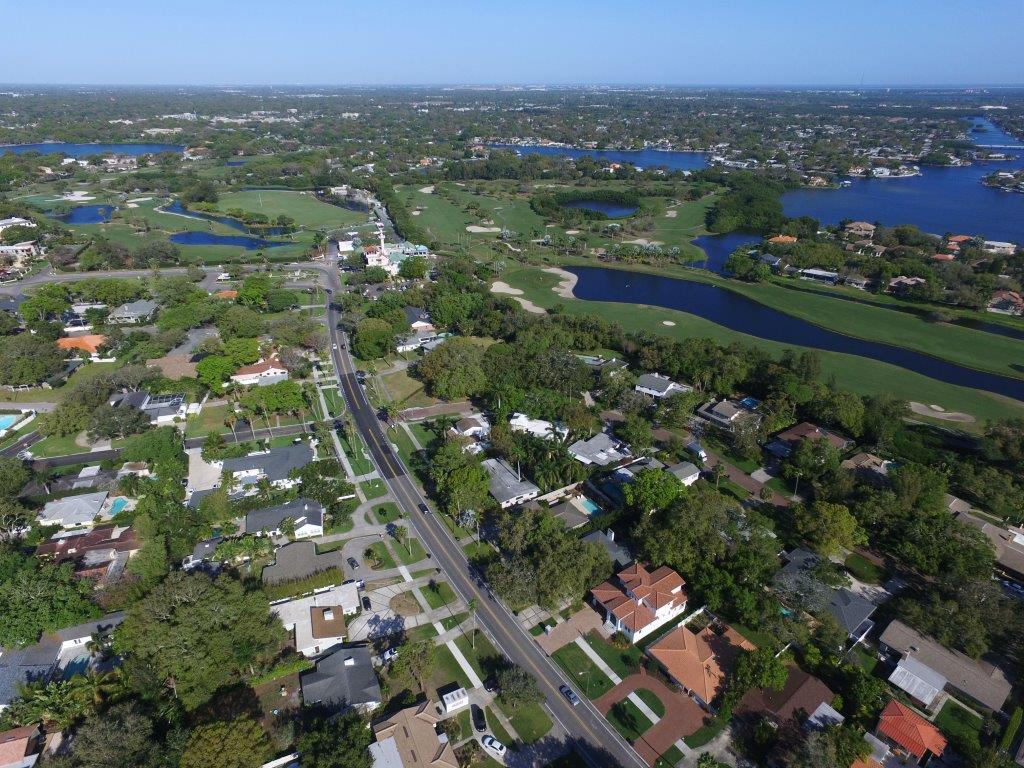 A quick drive over a bridge brings you to Snell Isle, an exclusive waterfront and golf course community dredged from Tampa Bay in the 1920’s by visionary developer Perry Snell. While only a short bridge separates the two communities, they could not be more opposite. The dirt on Snell Isle is, on average, 18” higher than Shore Acres, and as a result, the neighborhood does not see the same extent of flooding that Shore Acres experiences. Snell Isle has also seen some serious sewer improvements the past couple years, with more planned in 2018, and as a result, intersections that once flooded during major rainstorms are now high and dry. Snell Isle is also historically where the “Who’s Who” of St. Petersburg live, given the beauty of its winding, tree-shaded streets, large waterfront lots, and exotic Mediterranean architecture. As a result, homes in the neighborhood regularly fetch million dollar sums, and developers are eagerly demolishing those old slab on grade homes to make way for new modern mansions.

Despite its beauty and desirability, Snell Isle is also embroiled in an ongoing battle between old neighbors and new construction. Long-time residents living in older, lower homes are at war with developers who are building larger and taller homes that now tower over their neighbors, and in some cases, shade gardens and pools. Despite the constant out crying and countless hearings at City Hall, the City of St. Petersburg has continued to take measures against Mother Nature by mandating the finished floors of all new homes rest at minimum two feet above the FEMA floodplain (which today is at 10’). That places the floor height of many new homes at the ceiling height of their neighbors, and makes even a smaller home for the neighborhood appear grand and imposing.

So why are developers building these massive tall homes? “Because the sell, and they sell very well,” says John William Barger, a luxury broker with Barger Real Estate, fourth generation St. Petersburg developer and lifelong Snell Isle resident. “A new generation of buyers is flooding the market, and they don’t want to worry about their home being ravaged by a storm. Buyers today are willing to pay a massive premium for peace of mind, opting to finance a new home that is high and dry with impact windows and doors rather than paying cash for more cramped, albeit more quaint, quarters.” In many cases, while the price tags are considerably higher, the operating costs of a new home are sometimes a quarter what a similar-sized historic home would run up, thanks in large part to negligible insurance costs and inherent energy efficiency (those thick walls and windows keep a lot of the summer heat out!). “Homeowners are quick to blame builders for changing the scale of their neighborhood, but the real culprit is the City Zoning Department. Builders merely follow the rules and standards set by the City, and today, St. Petersburg wants hurricane-proof houses, period,” says Barger. 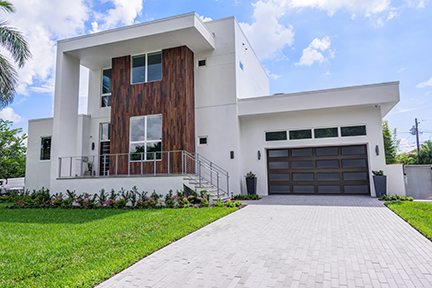 Florida saw some temporary relief in flood insurance rate hikes with the extension of the National Flood Insurance Program, and this temporary curb on rate increases has made many buyers bury their heads in the sand. Set to expire the end of this month and now extended to December 30th, those old fears of 20% annual rate increases for older low-lying structures could be quickly revisited. The foresight of City leaders inspired them in 2014 to mandate the now standard Two Foot rule, a measure that many saw as the only sustainable solution to the flood insurance issue. The City of St. Petersburg also has a program to assist homeowners in special flood hazard zones (Shore Acres and Riviera Bay neighborhoods) to apply for FEMA grants to either raise their home out of the floodplain, or subsidize the demolition and construction of a new home on their property. Over 2000 homeowners in these zones have been notified by the city of this special program, so far 6 have applied. Says Barger, “We have reached out to hundreds of home owners in Shore Acres to make them aware of this special program and offer assistance in applying for a grant. It’s free money and a new home! They will even pay your temporary relocation expenses. But most people don’t want to go through the hassle of building a new home anymore. They all want instant gratification, and that doesn’t exist in construction. You have to take your time to build it right.”

It is human nature to adapt to change and this is what we are doing now, in real time… we are adapting to a new normal of higher sea levels and a less stable climate. Change is never easy to accept, and our area has changed in the past five years like never before. That being said, an ounce of prevention is worth a pound of cure, and those builders who today are seen as the bullies and bad guys in the neighborhood may one day become the champions of the region for saving families and reducing casualties and losses when Tampa Bay finally gets hit with an hurricane. As for Shore Acres, you have to wonder, why are so many people paying a premium to put themselves at risk? It all boils down to price and the true cost of living in paradise.