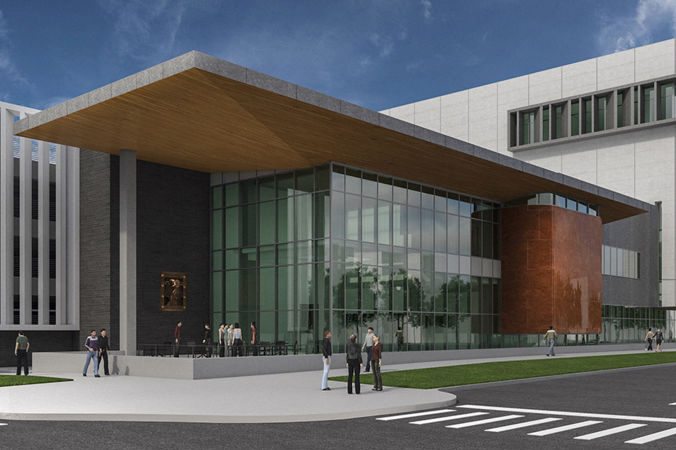 What’s most striking about Tampa Bay’s momentum lately is the breadth both of economic and quality of life strides under way. Forbes this month published a list of the 25 fastest growing U.S. metro areas that, to use the magazine’s words, “provides a holistic picture of places on the upswing.”

Upswing. That’s a pretty good description of Tampa Bay these days. Not only does Florida capture six of the top ten picks of fastest growing places by Forbes (with Tampa Bay coming in eighth), the Sunshine State grabs a total of nine of the 25 top metros. That’s a whopping 36 percent.

That ranking focuses on recent and projected job, wage population and home price growth. All good, fundamental measures of progress. But let me suggest some other, more concrete and, frankly, more interesting things percolating across the Tampa Bay market at this moment of 2017 that also spell upswing.

They range from the latest signs of a rising urban renaissance in all three of our major cities to a more confident and genuinely regional startup culture. They include the arrival of soon-to-open museums and an influx of brand new supermarkets that promise better choices in food shopping and, yes, more competition.

All of these examples are parts of bigger trends that will play out for decades to come.

No question, Tampa Bay has its warts and challenges. So does every metro on the planet. But enjoy the fact that Tampa Bay in 2017 clearly is enjoying more than its traditional share of economic promise — courtesy of a whole bunch of new things under way. Here are six of the most promising.

1. City downtowns will only get smarter, more stimulating 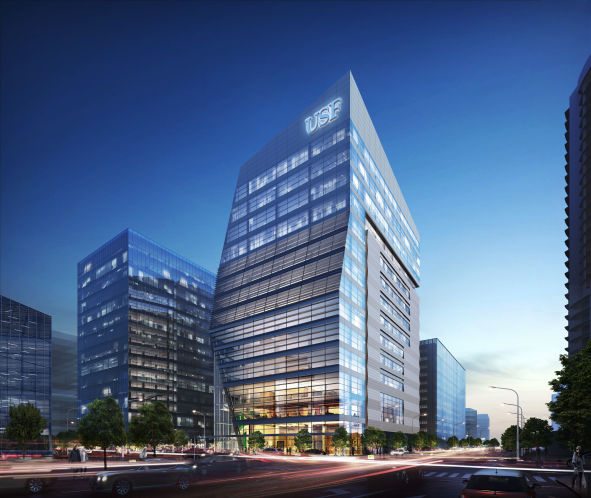 When will we see it? The USF facilities will accommodate an estimated 2,275 faculty, staff and students when it opens in late 2019.

How will it encourage an upswing? Vibrant downtowns can be huge economic machines and cultural and entertainment meccas. Consider the relocation of USF’s medical school as a major catalyst to draw businesses plus people (hopefully millennials will be in the mix) to Tampa’s downtown. “Co-locating our medical school and heart institute will attract more top-tier students and cardiovascular researchers, and energize our intent to bring more biotechnology, biomedical and pharmaceutical firms to this region,” said USF president Judy Genshaft. Downtown St. Petersburg’s already hopping, but still has extensive redevelopment plans. Even downtown Clearwater, while lagging its sister cities here, is pursuing more innovative development ideas downtown, including a formidable park that will overlook the Intracoastal Waterway. 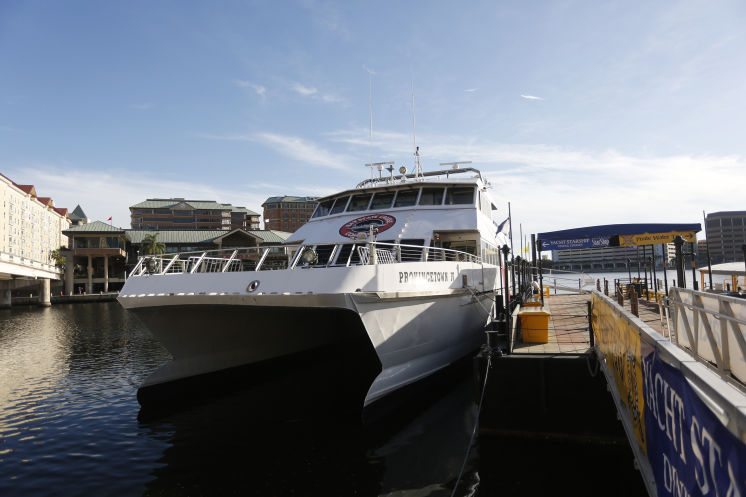 What is it? The Cross Bay Ferry takes people to and from downtown St. Petersburg and Tampa near its convention center. At this point, the ferry is an experiment to gauge passenger interest. But it represents a wonderful alternative to the commuter congestion headaches of driving I-275 or the Gandy Bridge. Monday through Thursday until March 4, a one-way fare is just $5.

When will we see it? The $1.4 million pilot program began in November and runs until April 30.

How will it encourage an upswing? Whether this ferry project survives economic muster or not, the service is sparking fresh regional consideration of ferry use. Hillsborough County in the coming years says it might add commuter ferry routes from South County to such destinations as downtown Tampa, the Tampa International Airport/Westshore area and MacDill Air Force base. Ferries already help give people an option from gridlock in getting from downtown Clearwater to Clearwater Beach. A ferry between Gulfport and St. Pete Beach is also being pondered. A water-rich metro area rethinking options to more vehicles? Yes, please. 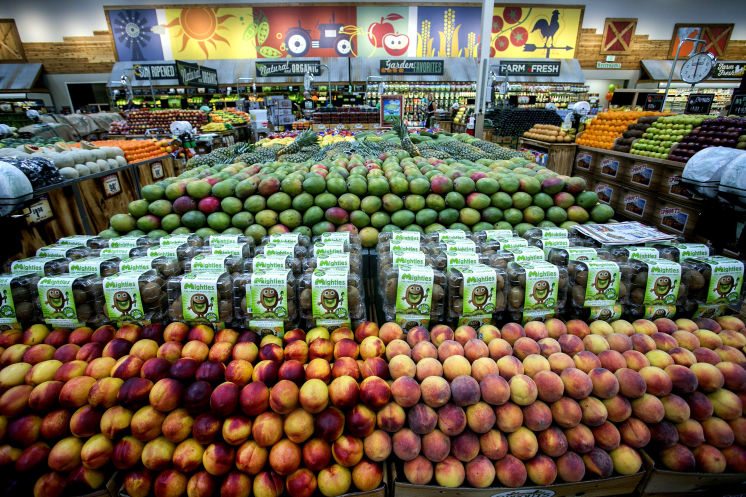 What is it? Boulder-based organic supermarket chain Lucky’s Market recently entered Florida, picked St. Petersburg for its first store in the Tampa Bay area and plans at least five more locations in this market.

When will we see it? Lucky’s says it will open in the summer of 2018 as part of a redevelopment project at Tyrone Square Mall in St. Petersburg.

How will it encourage an upswing? Food options are exploding in this market. Where once the choices were limited to Publix, Walmart, and Winn-Dixie, then came Target, Fresh Market, Whole Foods, Aldi, Trader Joe’s and Save-A-Lot. Joining the next wave that includes Lucky’s is the just-opened Sprouts Farmers Market in Carrollwood and recent Earth Fare at Seminole City Center. There’s even a lone Safeway in Largo that opened last summer. More grocery stores seem destined to plant their flags here in the coming years, drawn by Florida’s rising population. The result is all these players are forcing every grocery chain to up its game and keep its prices more reasonable. Some groceries may not survive. But enjoy this heyday of food offerings while it lasts.

4. A week to celebrate entrepreneurs 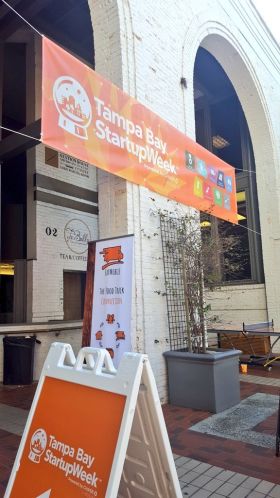 What is it? Tampa Bay Startup Week serves up a week of talks, panels, demo days and endless parties honoring the art (and sweat) of the business startup in this metro market.

When will we see it? It just wrapped up earlier this month.

How will it encourage an upswing? Talk about the startup economy here and you can hear wildly diverging opinions. “We’re way behind.” “Nobody knows we are here.” Or this: “We are rising fast as an innovation community. “Our entrepreneurial ecosystem is coming together.” All those remarks are accurate in their own ways. Startup Week, say participants, advanced the cause. Tampa Bay Technology Forum chief and serial entrepreneur Daniel James Scott participated in some of the events and thought the “quality of conversation seemed more mature” than a few years ago. “Deep dives” on cyber security, raising startup money and even workforce diversity, he says, “were all signals to me that we are moving in the right direction.” 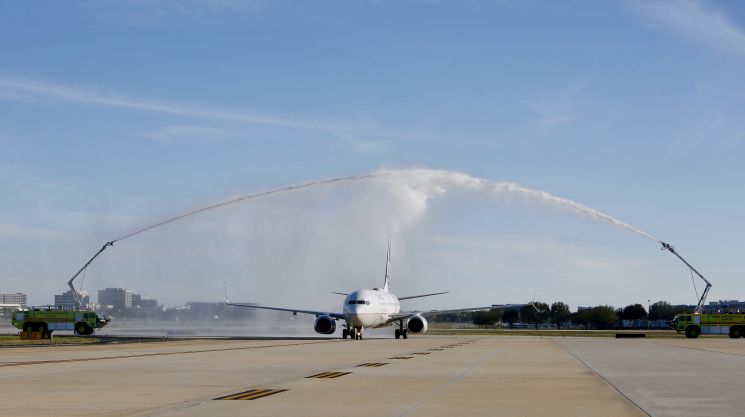 What is it? A direct flight from Tampa International Airport to San Francisco had been the Holy Grail of domestic connections. Mission accomplished this month.

When will we see it? The first flight via United Airlines daily nonstops between Tampa and San Francisco took place on Feb. 16.

How will it encourage an upswing? We will have to wait and see whether connecting Tampa Bay entrepreneurs to the tech capital of the world in Silicon Valley yields a long promised uptick for local startups from west coast venture capitalists. Don’t underestimate the passenger traffic in tourism. The real point is TIA continues to cultivate direct flights to key metro areas, including its Tampa-Seattle route in 2014. In Europe, direct flights have blossomed to Britain, Switzerland, Frankfurt in Germany and, later this year, to Iceland. And the Copa Airlines connection from Tampa to Panama City in Panama has improved access to major Latin American cities. Expanding companies closely examine local airport routes when deciding whether to invest in places like Tampa Bay. Its main airport has proved a highly recognized competitive gem for this market. Where do we go next? 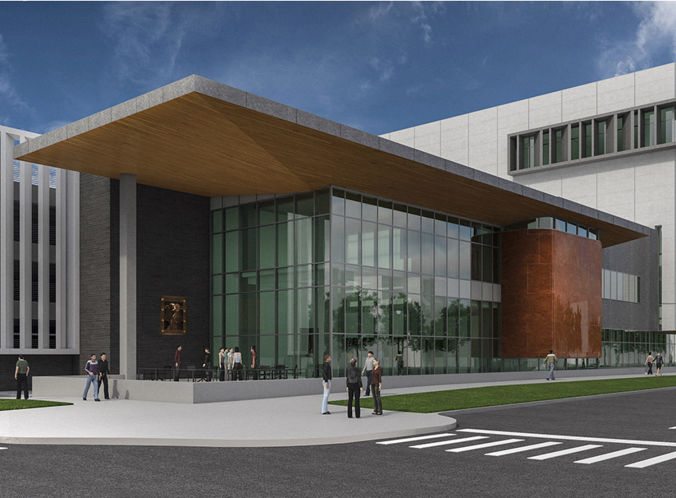 What is it? Two notable museums — one on the arts and crafts movement and the other on western U.S. art — are slated to open in downtown St. Petersburg. They will only further enhance the tourism industry here.

When will we see it? The James Museum of Western + Wildlife Art is slated to open by the end of this year. A few blocks away, the Museum of the American Arts and Crafts Movement will open about a year later.

How will it encourage an upswing? With its Dali presence, the Fine Arts museum and Chihuly exhibit, downtown St. Petersburg already was a hot spot on the regional museum circuit before either of these two new additions were unveiled. The Dali Museum, now housed in a stunning waterfront facility, is internationally respected and draws a diverse visitor mix. Opening a museum on Central Avenue with western and wildlife art from the personal collection of Tom and Mary James will nicely complement St. Pete’s already strong cultural claim. The 2018 arrival of a specialty museum about the American arts and crafts movement on Fourth Avenue N has been the dream of museum founder and art collector Rudy Ciccarello. Tampa Bay’s got the beaches, the weather and plenty of sports teams. Soon it will have two more striking art collections for the public to enjoy.