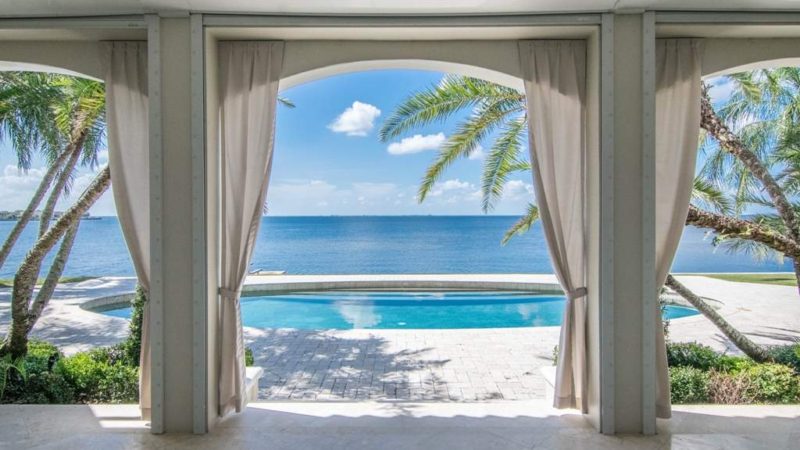 Pinellas County home sales took another hurricane-related hit in October as the rest of the Tampa Bay area bounced back from Hurricane Irma.

But while prices in all four counties rose once again, the rate of increase continues to slow. Hillsborough’s 3.6 percent increase was the lowest in more than two years although the county recorded the second highest price paid for a Tampa Bay home this year.

“I think it’s a healthy market in that there’s not a lot of speculation going on,” Charles Richardson, Coldwell Banker’s senior regional vice president, said today. “You don’t see investors coming in and buying hordes of property like they used to. It’s more the true users that are buying and that’s keeping prices at a reasonable growth rate.”

According to figures released by Florida Realtors, sales of single family homes in Pinellas dropped 3.7 percent in October from the same month a year ago. That was not nearly as bad as September’s 25 percent plunge but it reflects the lingering effects of Irma, which on Sept. 10 knocked out power to more places in Pinellas than in any other bay area county.

“We had basically a week to prepare, a week of dealing with energy issues and a week following that to get everybody back on their feet so it’s not surprising there was a downturn in the market,” Richardson said.

The Tampa Bay area in general, though, continues to suffer from a shortage of homes for sale.

“It really is inventory-depleted market,” Richardson said. “At certain price points there is such a low volume of inventory that we’re all facing the same challenge — we’ve got buyers willing, able and ready to buy but we can’t find the inventory.”

Pasco showed the biggest increase in sales in October, up 7.3 percent. That was followed by Hernando, up nearly 7 percent, and Hillsborough, up 4.4 percent.

According to Florida corporate records, that company’s sole “authorized person” is Anthony Bruno of 1 Steinbrenner Drive in Tampa. The New York Yankees show Anthony “Tony’’ Bruno as vice president of the team and CFO of Yankee Global Enterprises.Only one other Tampa Bay home has sold for more this year: a waterfront estate in Clearwater’s Harbor Oaks area that went for $11.18 million in April. The buyer has since put it back on the market for $19.75 million.

Pinellas’ top sale in October was $3.425 million in cash for a gulf-front home in Redington Beach. In Pasco, a Key West style home with private beach went for $1 million, while Hernando’s priciest transaction was a Brooksville home that sold for its full asking price of $634,429.

Statewide, sales of single family homes rose only 2 percent in October while the median price increased 7 percent to $235,558.

Nationally, sales of existing homes slipped about 1 percent from a year earlier, to just 1.8 million. That’s the lowest for any October since the National Association of Realtors began tracking the data in 1999.

“Selection is slim across the board, driving up prices, but even more so for those seeking less expensive and entry-level homes,” Svenja Gudell, chief economist at Zillow, said. “Currently, roughly half of what’s available to buy is priced in the upper one-third of home values, leaving scant options for those aging millennials and young families trying to get their foot in the door.”