That wasn’t their only impressive flip. A Tarpon Springs house Paloscio snagged for $170,000 last year sold six months later for $325,000. 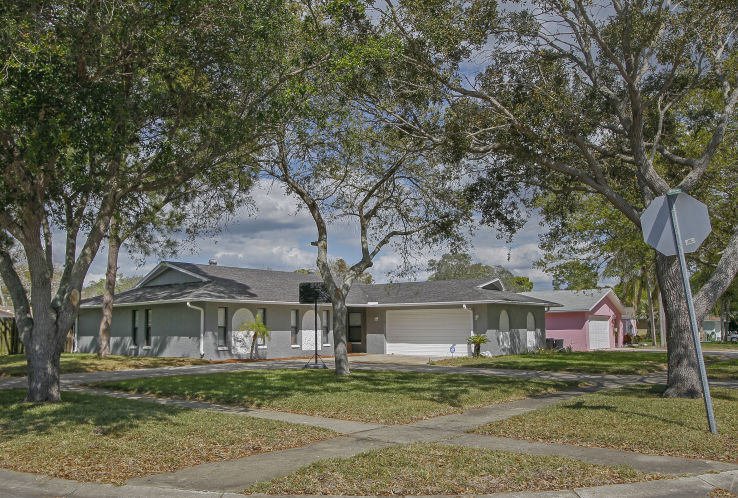 But Paloscio knows that good candidates for flipping are increasingly hard to find. That’s one reason he’s started to focus more on “wholesaling” — buying and selling as-is properties that other people can flip.

“I’ve been (flipping) about three years, and it’s getting more competitive,” he said. “More people are entering the market and driving prices up.”

Not since the bubble days of 2005-2006 has home flipping been as popular as it is today. Nationally, flipping hit a 10-year high in 2016, according to a new report from the parent company of RealtyTrac. Among the 117 major metro areas with at least 250 flips, Tampa Bay had the fourth-highest flipping rate. Nearly 10 percent of all bay area homes sold last year were flips.

Flipping first hit frenzied levels in the early 2000s as investors snapped up properties for resale while prices continued their seemingly unstoppable climb. When the market crashed, many of those investors were stuck with houses — often bought with high-interest loans — that they couldn’t unload.

As foreclosures surged and banks stopped lending, cash buyers swooped into the market. Nationally, about 85 percent of flips were bought with cash in 2010 compared to only about 30 percent in 2005. Those cash flips helped revitalize neighborhoods blighted by abandoned houses, but also fueled an increase in home prices that once again is prompting some flippers to seek financing.

Last year, 31.5 percent of flips were done with borrowed money, the highest in eight years, RealtyTrac found. Among the beneficiaries of the trend is Lima One Capital, a South Carolina company that specializes in loans to flippers.

Since Lima One began lending in Florida in 2014, “Tampa (Bay) has been a really great market for us,” founder and CEO John Warren said. “We have the most loans in Miami, but on a per capita basis, Tampa is No. 1.”

The company’s most popular loan locally is the “FixNFlip,” which finances 90 percent of the purchase price and 90 percent of the cost of renovations and/or new construction. Borrowers, who pay a loan origination fee and interest rates ranging from 7.99 percent to 12 percent, fall into two main categories.

“The first is a very seasoned, full-time real estate investor … and that person has a credit score of 700 or above and has done five-plus flips in 2016,” Warren said. “The other half of our business are investors who have not done five flips, but have full-time jobs, a steady income and they get into flipping for additional income.”

Novices deemed creditworthy and suitable candidates for investing meet with the company’s Tampa-based business development representative, Paul Albano. He then connects the borrower with Realtors, appraisers and contractors.

“Our whole system is designed to where we don’t allow first-time flippers to get in over their head,” Warren said. “We do that by helping them find good properties and, at the back end, we can help with Realtors to sell the property.”

Warren has seen a significant change in the flipping business since the days when flippers dealt mostly in bank-owned foreclosures.

“For those investors, their profit was coming through the actual acquisition, getting it at a discount,” he said.

As the economy recovered, foreclosures began to dry up and their prices rose. Last year, sales of foreclosures in the Tampa Bay area plunged almost 48 percent while prices soared 19 percent. Now, flippers are paying about the same market-value prices for foreclosures as they are for other homes.

“That means the actual profit for the investor is coming through heavier reconstruction,” Warren said. “They’re paying more for the properties and putting more into them, and that is one of the reasons you’re seeing a pretty dramatic rise (in prices) in certain neighborhoods. But it’s not that the homes inherently are rising, it’s the value created by the construction. People get fearful that, ‘Oh, prices in this neighborhood have gone up 25 percent,’ but it’s really not the same house. It’s comparing apples and oranges.”

“Banks want to lend on as-is value, not on after-repair value, which really doesn’t help a flipper putting $200,000 into new construction,” Warren said.

In the past three years, Lima One has loaned to several dozen limited liability companies in the Tampa Bay area, public records show. None of the loans has defaulted and several have been paid off. The typical life of a loan is about 270 days, Warren said.

Among Lima One’s clients is Paloscio, who left a job as a nightclub promoter in Miami three years ago to try his hand at flipping.

His Suncoast Equity Partners first borrowed in April to rehab a midcentury modern house in South Tampa. The experience offered a valuable lesson: “It’s easy to blow the budget,” as Paloscio put it.

“We had the wrong guys doing our work for us, so we had to go over work we’d already paid them for,” he said. “Then we had some structural components we had to address, and it just drug on and on. It just got out of control.”

Still, despite the trouble and unexpected costs, they cleared a net profit of $20,000.

Paloscio did better with the next flip financed by Lima One: a four-bedroom house in Tarpon Springs that sold for $155,000 more than he paid. “There were no structural issues and we didn’t have to do any major updates, just more cosmetic things like paint and carpeting,” he said.

Although he found Lima One easy to work with and has three other flips going, Paloscio thinks the best time for flipping was from 2011 to 2013. Now he’s concentrating more on buying property to quickly resell to other flippers.

With flips, he said, “Prices are going up, and when you get to the finish line, sometimes the profit isn’t much more than if you just wholesaled it.”

Chris Smith, whose Tampa-based Bay to Gulf Holdings does both flipping and wholesaling, said a lot of buyers he’s never seen before are getting into the flipping business.

“Obviously, when the market goes up like this, it brings people to the table,” he said.

Smith has been surprised at how much home prices have jumped in parts of Hillsborough and Pinellas counties in just the past six moths. As a result, he is now turning his sights to places like New Port Richey and St. Petersburg’s Midtown district that he never considered before.

“If you’re not looking at those areas,” he said, “you may be missing out on opportunities.”

Despite the shrinking inventory of flip-suitable homes, neither Smith nor Warren sees an end any time soon to the flipping craze. And Warren, who did flips before starting Lima One, sounds almost wistful about those days.