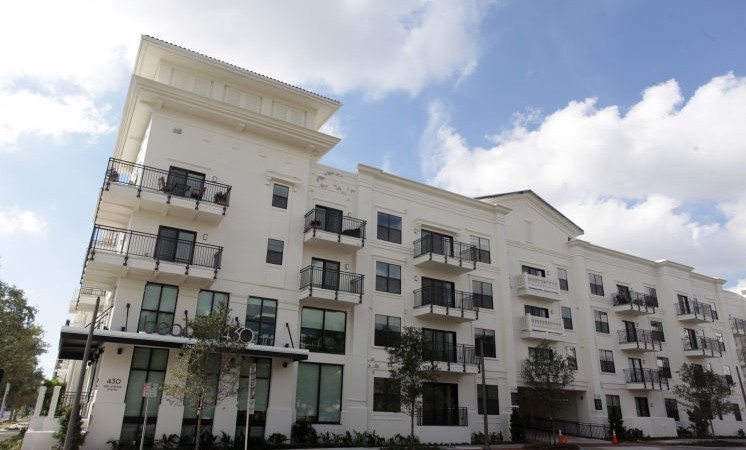 In yet another sign of Tampa Bay’s apartment boom, the 326-unit Beacon 430 complex in downtown St. Petersburg has sold for the high-end price of $84.5 million.

An Alabama-based company, B&M Management, bought the apartments at 430 Third Ave. S from the NRP Group of Cleveland.

“There was interest in the investor community for that asset, and we felt it was the right time to sell,” Kurt Kehoe, NRP’s vice president of development, said Thursday. “I believe there was no more than 45 days of formal marketing but that’s not out of the ordinary for a brand-new product in a very sought-after market.”

Beacon sold quickly, he added, “because it’s new and has done so well financially.”

NRP built the Beacon on a parking lot that it bought for $6 million from Times Publishing Co., parent of the Tampa Bay Times. In April, NRP also bought the Times lot across the street for $3.9 million but is not yet certain what it will do with that site.

“Most likely it will be more floors, a higher building,” Kehoe said. “Possibly condos, but more likely an ultra-luxury residential rental project.”

No construction date has been set. (The Times will have 200 parking spaces in whatever is built.)

The Beacon’s sale price, which works out to $259,000 per apartment, “is among the highest we’ve seen on a per unit basis,” said Darron Kattan of Tampa’s Franklin Street commercial brokerage. “It falls in line with what new, Class 1 apartment communities seem to be worth these days.”

Among the Beacon’s amenities are a pool, two courtyards, a fitness center, a business center, a bayview lounge and free Internet, cable and “valet” trash pickup.

Kattan said it is not unusual for a developer to sell a project and build another nearby.

“The economies of scale in doing that are tremendous,” he said. “You don’t have to get to know a new area, they know what works.”

Several other apartment complexes with hundreds of units have opened or are under construction.