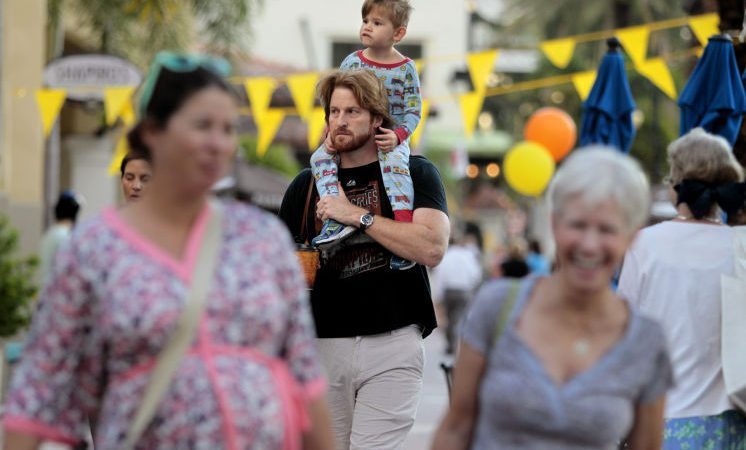 All those apartments, condos and houses going up in and around downtown St. Petersburg are giving the city a boast-worthy distinction — it’s among the nation’s top 10 urban areas for “walkable new construction.”

And Tampa isn’t far behind, according to the national real estate brokerage Redfin.

Redfin ranks St. Petersburg third among cities in which more than 80 percent of new residences have a “walk score” higher than the citywide score. Its 88 percent rating is due to the construction of hundreds of new multifamily units downtown along with scores of new homes and townhomes nearby — all within walking distance of restaurants, shops and other urban amenities.

“This is such a great area to walk in,” Christina Faustini, 32, said Friday as she hoofed it down Beach Drive past the Museum of Fine Arts. “You can’t find a much nicer area in Pinellas to walk.”

A stay-at-home mom, Faustini had taken her daughter to school and was playing Pokémon Go along the waterfront. The only area of downtown she shuns is Williams Park because of the “horrible homeless problem and also a lot of drugs.”

Overall, the Redfin report said, St. Petersburg has a “walk score” of just 42. Too much of its housing is still far enough from stores and services that a car — or a convenient bus stop — remains a necessity.