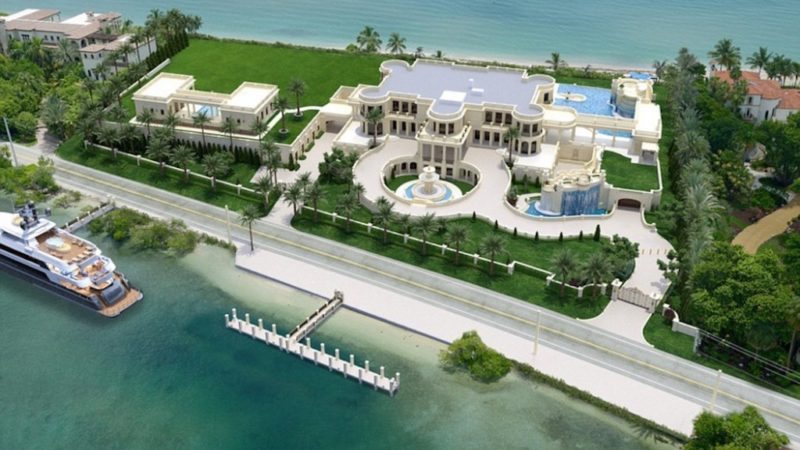 Sure, we know Florida has regained its status as a hot spot for retirees. Just look at all the boomers pouring into the state by the thousands.

They’re just not the only ones coming here in droves.

Billionaires have discovered Florida. Or more likely its lack of state income tax, a benefit that likely saves some of the richest transplants here more in a year than many people make in a lifetime.

Adding to Florida’s allure: The frequent presence of President Donald Trump and his entourage at Mar-a-Lago in Palm Beach at the new de facto Florida White House and real estate symbol of gilded living in the Sunshine State.

The 2017 Forbes list of billionaires on Planet Earth, unveiled last week, identifies 51 billionaires ages 46 to 92 who now call Florida home. That’s up from 44 billionaires the year before for a 16 percent gain in one year. That’s a growth industry unlikely to stop any time soon.

Four of the 51 are women, twice as many as last year. The wealthiest at $1.9 billion is Katherine Tanner, who inherited an estimated 3 percent stake in Cargill, the largest private company in America. Her great-great grandfather, W.W. Cargill, started what would become an agri-business giant back in 1865.

But becoming a billionaire apparently isn’t as hard as it used to be. Forbes says it was “a record year for the richest people on earth, as the number of billionaires jumped 13 percent to 2,043 from 1,810 last year.” That means 233 more people became billionaires, according to the latest survey. That’s the largest uptick in 31 years.

Even Trump, who fell 220 spots on this year’s list, still landed comfortably at No. 544 with $3.5 billion — $1 billion poorer than last year by Forbes’ estimates.

A decade ago, when billionaires were a little less rare than fleas on a dog, Florida had just 28 uber-wealthy individuals. In 2004, Florida billionaires numbered only 16.

And once, not all so long ago, there were none.