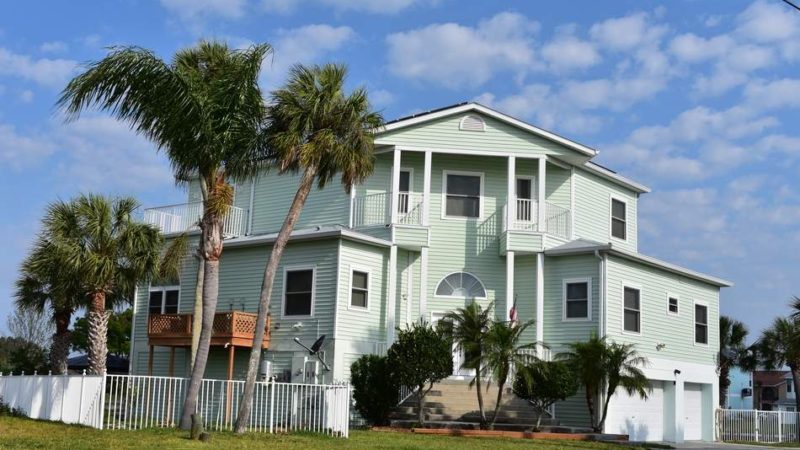 Hillsborough County saw the biggest decline in single-family sales, which plunged nearly 9 percent. Hernando had the biggest gain in prices, up more than 17 percent.

The Tampa Bay results parallel those statewide as a shortage of homes for sale is creating a “cycle of frustration” for buyers, especially first-time homebuyers, according to Christine Hansen, president of Florida Realtors.

“If move-up buyers can’t find a home in their desired price range, then they aren’t likely to leave their current home, which in turn makes entry-level properties even more scarce,” Hansen said Monday. “Buyer demand is high, but the shortfall of inventory — particularly around $250,000 and under — is impacting affordability in many areas.”

For Florida overall, sales of single family homes dropped 3.5 percent in March while prices rose 8.2 percent to a median of $250,000.

March saw several mega-transactions in the bay area, led by the $9.5 million sale of the historic Stovall-Lee estate on Tampa’s Bayshore Boulevard. That was the most expensive residential sale ever in Hillsborough County.

Also in Hillsborough, a buyer paid $5.45 million for a mansion on the Seddon Channel in the Pointe of Harbor Island area near downtown Tampa. In Pinellas, a gulf-front home on Redington Beach went for $5.2 million while the county’s top price paid in March was $5.7 million for a six-bedroom, five-bath home in Belleair Shore.

“And we’ve got another one in the same price range on the same street about to close,” said Alex Jansen, whose Coastal Properties Group handled the Belleair Shore sale.

Jansen said Tampa Bay’s market is so strong that his firm — which specializes in high-end properties along the Pinellas beaches — is about to open an office in Hillsborough, probably in South Tampa.

“That’s where the highest concentrations of luxury homes are,” Jansesn said. As for high-end homes overall, “there are no signs of a slowdown.”

Pasco’s priciest sale in March was $1.1 million for a gulf-view house in New Port Richey while in Hernando a three-story solar-powered home in Hernando Beach went for $545,000 as that county’s more expensive sale.

Nationally, sales of existing homes — condos and townhomes as well as houses — rose just over 5 percent with the median price jumping 5.7 percent to $222,700.